Excursion to the city of Parga 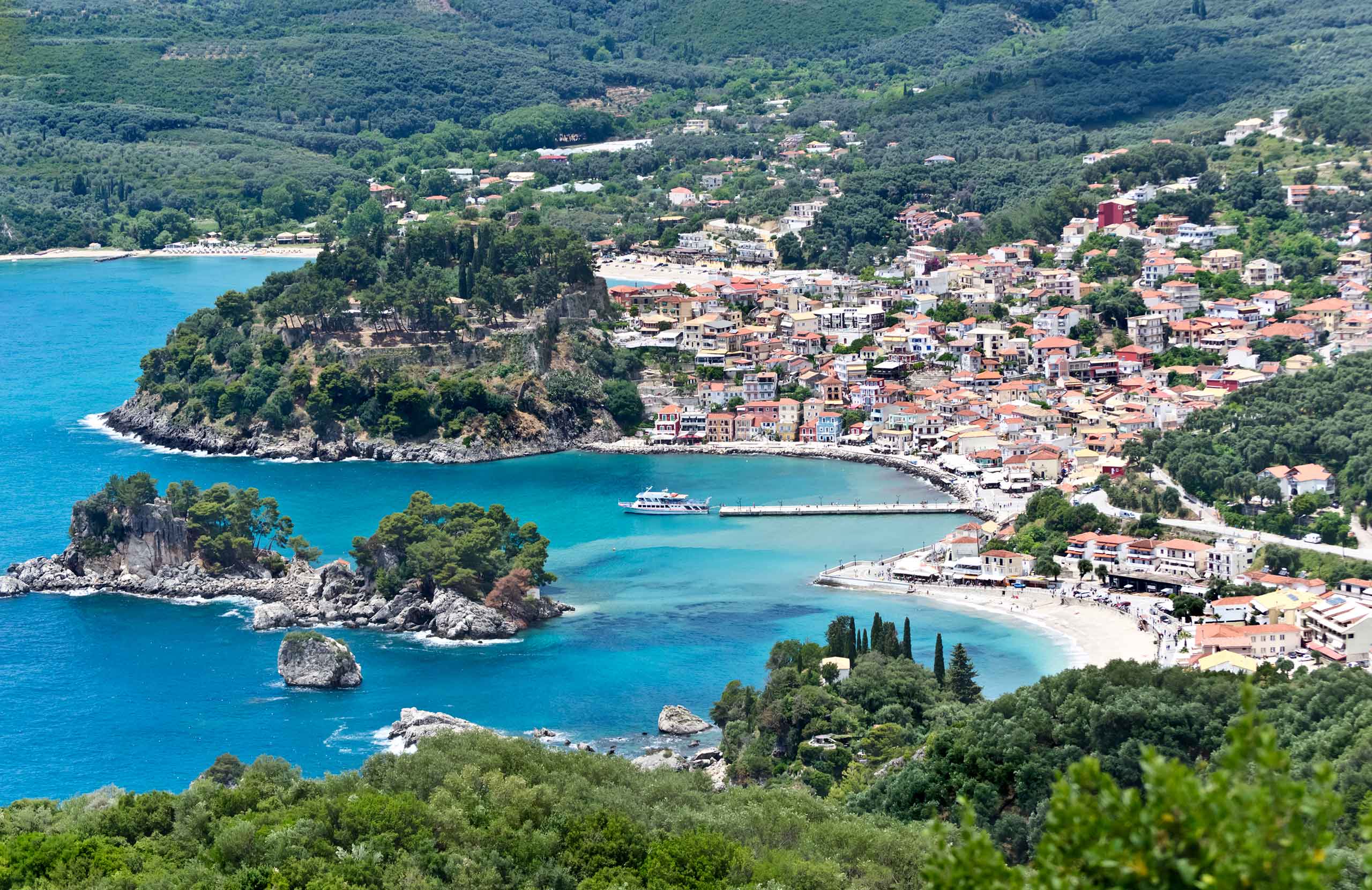 Morning departure for the picturesque city of Parga via the Egnatia road, 98km from Ioannina.

Parga belongs to the regional unit of Preveza with a population of 2,415 inhabitants. It is built at an altitude of 139m. and is reflected in the blue crystal clear waters of the Ionian. According to Ptolemeos and Plutarchos, in the place where Parga is today was the ancient Torini. The city experienced many conquerors due to its location until the beginning of the 19th century it was sold by the English to Ali Pasha.

Arriving in the city, we will be impressed by its Ionian architecture, whose beautiful image is completed by the island of Panagia with the church, as well as the castle of Parga that dominates at the entrance of the port. The castle was originally built in the 14th century and since then it has been destroyed and rebuilt many times. What survives today, is a 17th century building. We will have the opportunity to visit the castle crossing the narrow streets and stairs, we will be guided in the area and  enjoy the wonderful view that it offers to the Ionian Sea. Through this castle, free besieged Parginians and Souliotes, fought heroic battles and maintained their freedom for centuries.

Free time for coffee and food but also for beautiful walks in the picturesque city of Parga.

You can find out more about which cookies we are using or switch them off in settings.

This website uses cookies so that we can provide you with the best user experience possible. Cookie information is stored in your browser and performs functions such as recognising you when you return to our website and helping our team to understand which sections of the website you find most interesting and useful.

Strictly Necessary Cookie should be enabled at all times so that we can save your preferences for cookie settings.

If you disable this cookie, we will not be able to save your preferences. This means that every time you visit this website you will need to enable or disable cookies again.